Could Social Security Be Taken Away From the Rich?

Social Security has a revenue problem on its hands. In the coming years, it expects to owe more in benefits than it collects in revenue as baby boomers exit the workforce en masse.

And if you're thinking, “Well, that's OK, younger workers will come in to replace them,” well, not so fast. There's a reason that post-World War II was called the baby boom. The U.S. population saw a massive uptick in growth, but birth rates have declined since then. So even as younger workers do enter the labor force, they can't come in at a fast-enough rate to replace retiring boomers.

What does this mean for Social Security? Well, the program may have to cut benefits — and pretty soon — if lawmakers don't manage to find a way to pump more revenue into it, or find ways for it to substantially cut costs. 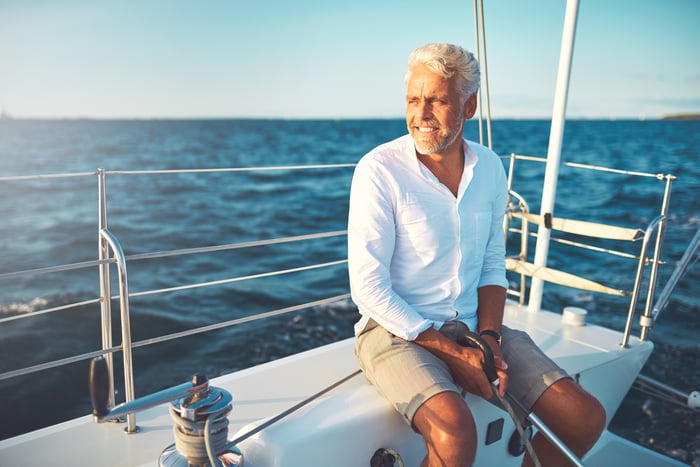 There are some options with regard to the latter, though, and one is to take benefits away — either partially or completely — from wealthy retirees who, based on their finances, would appear to not need the money. But while that may seem like a viable solution, it has some serious flaws.

The concept of means testing is already in practice in the context of personal bankruptcy filings. To take advantage of certain bankruptcy protections, filers must provide proof of an income that's too low to make their debts payable.

Social Security means testing would work the opposite way in that higher earners would be targeted. And those with incomes above a certain threshold would potentially lose out on some or all of their benefits.

Now, on the one hand, it's easy to see why means testing might seem like a reasonable solution. Social Security needs money. And it can be argued that an older person with $7 million in assets does not need a monthly Social Security check to get by.

On the other hand, the whole premise of Social Security is that it's not a program reserved for the financially challenged per se. Rather, those benefits are supposed to be available for anyone who pays into the program via years of payroll taxes. And so to take those benefits away from people who have worked hard and accumulated giant nest eggs isn't exactly fair.

A better but limited solution

To be clear, means testing isn't necessarily the most popular solution to Social Security's financial woes. Lawmakers are well aware of the backlash that might ensue if they were to pull the plug on benefits for the wealthy after forcing them to pay into the program for decades.

A better solution, then, may be to simply appeal to the wealthy and ask them to opt out of Social Security if they can afford to live without benefits. Opting out is simple — all one needs to do to not collect Social Security is not sign up. Appealing to those in a strong financial position might help the program conserve funds at a time when that's so desperately needed.

But ultimately, even if a small percentage of wealthy folks opt out of Social Security, it's not going to make a huge dent in the program's financial shortfall. And even broad means testing might have a limited impact, which is another reason why it's not such a popular solution to the problem at hand.

It's easy to argue that there's something inherently troubling with the idea of taking away promised benefits for people who have worked hard to become financially well-off. For this reason, there's a good chance the wealthy will continue to be able to collect Social Security, even though some might argue against that.