Inflation hit a four-decade high last year as prices soared across most spending categories, from food and fuel to housing and utilities. To make ends meet, many Americans were forced to withdraw money they had been saving for retirement, and retired workers on Social Security benefits were dealt an even more difficult hand.

To rebalance the scales, Social Security benefits got an unusually large 8.7% COLA in 2023. Retired workers haven't seen a raise that big since 1982, and that raise comes with an important silver lining. 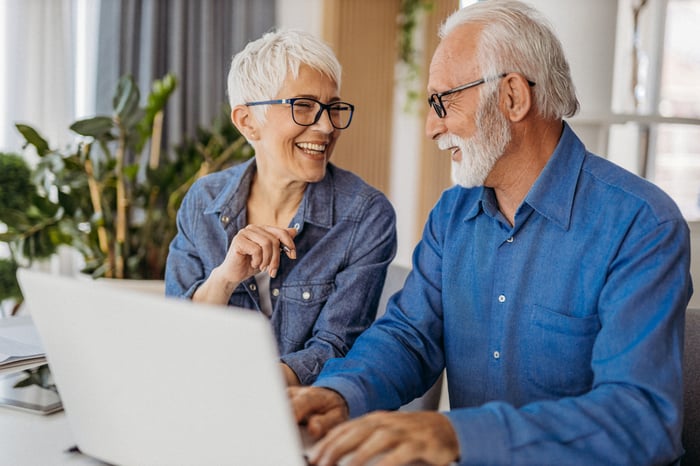 Why Social Security's 2022 COLA was too small

Social Security benefits get an annual COLA for one simple reason: Inflation devalues money over time, so benefits must increase at the same rate as inflation to maintain their buying power. In the absence of such safeguards, retired workers and other beneficiaries would get a little less money from the Social Security program each year.

Unfortunately, inflation continued to accelerate after the 2022 COLA was finalized. In fact, the CPI-W climbed more quickly than 5.9% in every single month last year, as illustrated in the chart below. That means the 5.9% COLA was not big enough to shield benefits from the impact of rising prices.

In total, the CPI-W increased by 8.5% in 2022. That means the 2022 COLA needed to be 2.6 percentage points higher to completely offset inflation.

Why Social Security benefits could regain some buying power in 2023

As discussed above, benefits lost buying power last year because inflation continued to accelerate after the 2022 COLA was finalized. But the opposite scenario appears to be playing out this year. As shown in the chart, the inflation rate slowed for six consecutive months, and it has already fallen below 8.7%, meaning the 2023 COLA is on pace to overestimate the impact of rising prices. In other words, Social Security benefits are on track to regain a portion (or more) of the buying power they lost last year.

In fact, if inflation continues to fall — and the Federal Reserve is doing everything in its power to make that happen — the end result may be a net gain for beneficiaries. Specifically, if the CPI-W increases by less than 6.1% this year, Social Security benefits would actually gain more buying power in 2023 than they lost in 2022.

Of course, that trend could lead to a much smaller COLA in 2024 (or even no COLA), but the 8.7% raise in 2023, paired with the silver lining of slowing inflation, is still good news for retired workers.