The American dream may mean different things to different people, but the desire to strike it rich and achieve financial freedom probably remains pretty central to the idea. Making the dream a reality may be easier said than done in many cases, but applying well-informed and calculated investing strategies can open additional avenues to success that put you in better position to achieve your goals.

In celebration of the season, three Motley Fool contributors have weighed in with investing strategies that could put you on the track to achieving financial independence and living the good life. Read on to see why they think understanding and implementing these investing approaches can make you smarter, happier, and richer.

Look for innovative companies on the cusp of big trends

Keith Noonan: Cathie Wood and the ARK Invest firm she leads have become associated with a particular growth investing approach that aims to find innovative players in the early stages of benefiting from far-reaching, revolutionary trends. This kind of strategy isn’t for everyone, but it does have the potential to deliver incredible results.

ARK’s investing approach is heavy on tech and tech-adjacent companies. While loading too heavily into a single sector creates added risk factors, it’s also fair to say that technology has never been more influential — and that it will likely become increasingly influential going forward. Tech impacts and influences pretty much every industry under the sun, and that makes the sector a great starting point for investors seeking explosive growth.

Consider that ARK’s massive bet on Tesla isn’t just about a revolution in the consumer automobile space. Wood and her team also see the potential for the company’s battery and autonomous driving technologies to have revolutionary impacts on a variety of other industries.

It’s important to approach the general Cathie Wood strategy with the understanding that there are going to be some ups and downs. Through the first couple of months of 2021, investors seemingly couldn’t heap enough praise on Wood and ARK Invest. Then the market started rotating out of growth-dependent technology stocks and into value-oriented reopening plays, and skeptics predictably emerged chanting “I told you so.” Now, many growth stocks have recently gone on to set new highs. That’s how it goes.

Market volatility and investor rotations are usually going to have a bigger impact on the performance of growth-dependent innovators. When conditions are working in your favor, you may feel like a genius. When they’re not, well, it may be easy to forget the better times and wonder why you were so enthusiastic about some of your picks in the first place. That’s why it’s important to keep a long-term view.

Your big winners will typically more than make up for your losers. In a worst-case scenario, a company’s share price might drop to $0 — representing a 100% loss on your investment. Meanwhile, innovative companies that continue delivering wins and shaping their industries can see their valuations climb many, many times over.

Financial independence is within reach if you back the right companies and give them some time to flourish.

James Brumley: Let me preface everything else I’m about to say by making it clear that this strategy isn’t for everyone. For disciplined investors who can identify budding big trends, however, leveraged exchange-traded funds or leveraged mutual funds can really add some firepower to a portfolio.

These funds move with or against an index or sector. They just move a lot faster. The ProShares UltraPro S&P 500 Fund (NYSEMKT: UPRO), for instance, rises 3% for every 1% gain the S&P 500 Index (SNPINDEX: ^GSPC) logs. There are also leveraged funds that rise when an index pulls back, like the ProShares Ultrapro Short QQQ (NASDAQ: SQQQ). It gains three times whatever the Nasdaq 100 loses. There are even sector-based leveraged funds. As an example, the Direxion Daily Semiconductor Bull 3X Shares (NYSEMKT: SOXL) magnifies whatever move semiconductor stocks collectively make by a factor of three.

They sound great, but there’s a dark downside to these leveraged funds: They move just as quickly against you as they move in your favor. You really can’t afford to be wrong with them… at least not for very long.

The thing is, most of the investors I’ve seen burned by them were using exchange-traded funds too aggressively, speculating on short-term swings rather than plugging into a major trend. If you use them sparingly and base your buy/sell decisions on fundamentals rather than headlines, the extra nickels and dimes can really add up.

Shock and awe despite the flaws

Daniel Foelber: Cryptocurrency is an emerging asset class that’s bursting with potential. But that potential comes with an irritating amount of volatility due to starkly contrasting opinions and difficulty valuing something that is, in many ways, a completely new invention.

Charlie Munger, the vice chairman of Berkshire Hathaway, said that “the computer science behind Bitcoin (CRYPTO: BTC) is a great triumph of the human mind.” In the same 2019 interview, he said, “I regard the whole business [of Bitcoin] as antisocial, stupid, and immoral.” Munger doesn’t see the need for Bitcoin in an economy that already has a stable currency like the U.S. dollar.

By contrast, Cathie Wood pegs Bitcoin as one of her firm’s biggest ideas for the next decade. Wood and her team see Bitcoin serving the role as a globally recognized store of value with a limited supply that could act as a hedge against inflation, particularly in unstable economies. In addition to Bitcoin, ARK has invested over $1 billion in Coinbase (NASDAQ: COIN), the leading U.S. crypto custodian and exchange, under the belief that Bitcoin will continue to gain mainstream recognition.

Even after its recent plunge, Bitcoin remains the single best performing asset class of the last decade. Investors interested in capitalizing on the crypto sell-off are probably more interested in where the asset is headed, not where it’s been. The big hurdle that Bitcoin has crossed over the last few years has been institutional adoption, whether that’s Tesla accepting Bitcoin as a form of payment, investment banks offering financial products tied to Bitcoin, companies like Square and PayPal carrying Bitcoin on their balance sheets, or accredited investors like Wood, Ray Dalio, and Bill Miller sticking their necks out for Bitcoin.

At the end of the day, Munger is absolutely right that Bitcoin is a commodity with no intrinsic value. It’s only as valuable as we perceive it to be. That’s what makes Bitcoin risky, yet fascinating. By comparison, Ethereum (CRYPTO: ETH) has a lot more functionality. From smart contracts to non-fungible tokens (NFTs) to decentralized applications, Ethereum has the potential to host financial products on its blockchain — a concept that could disrupt the finance industry.

Increased adoption, an improved reputation, a growing list of use cases, and a cheaper price were some of the reasons why I finally decided to buy Bitcoin and Ethereum. I also like the fact that institutions like BlockFi and now Coinbase pay sizable interest rates on cryptocurrency assets. Combine a 4% or higher interest rate with potentially paradigm-shifting technology, and that’s a shock-and-awe-style investment that could produce some explosive gains over the next decade. 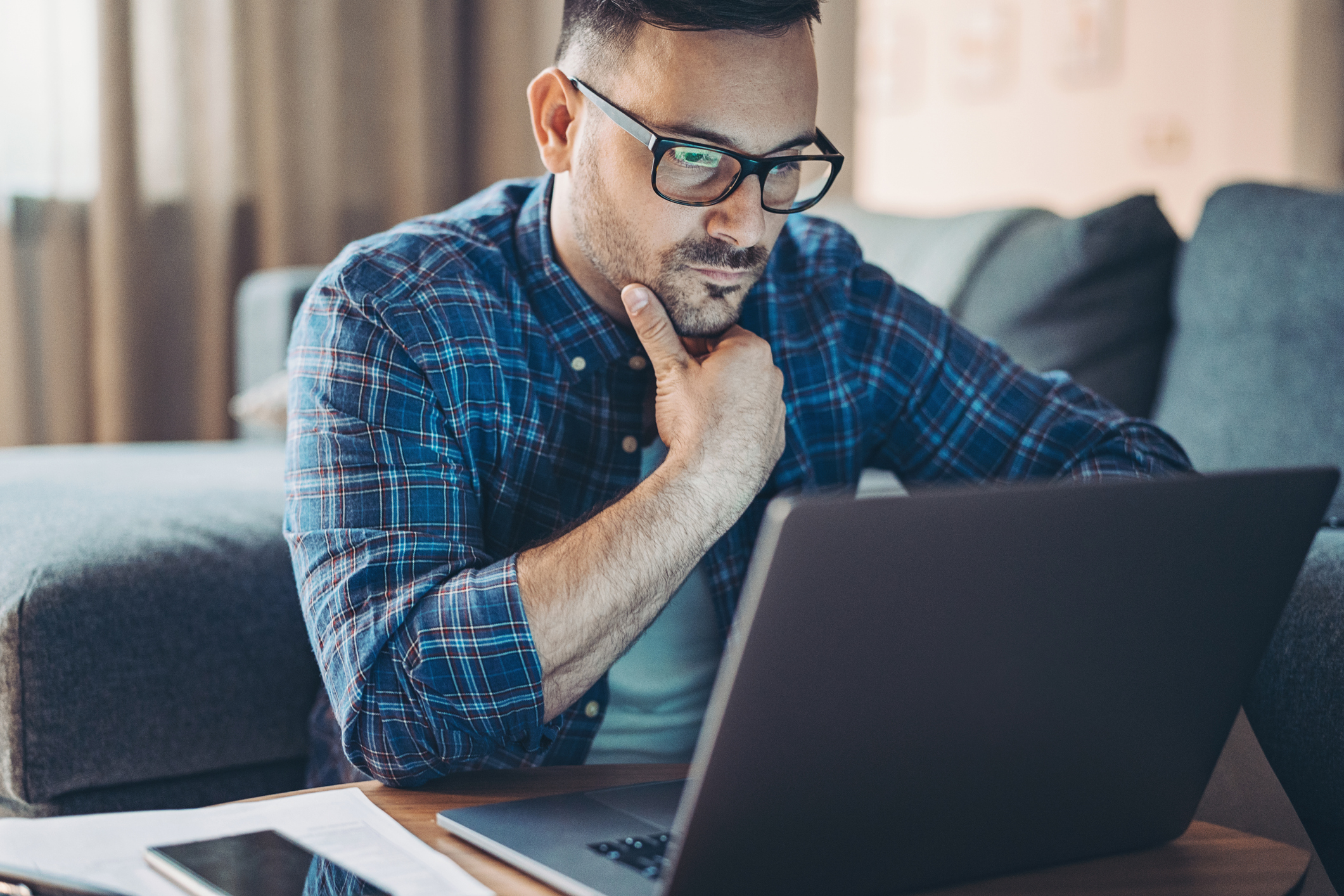 These IRA Mistakes Could Haunt You Throughout Retirement 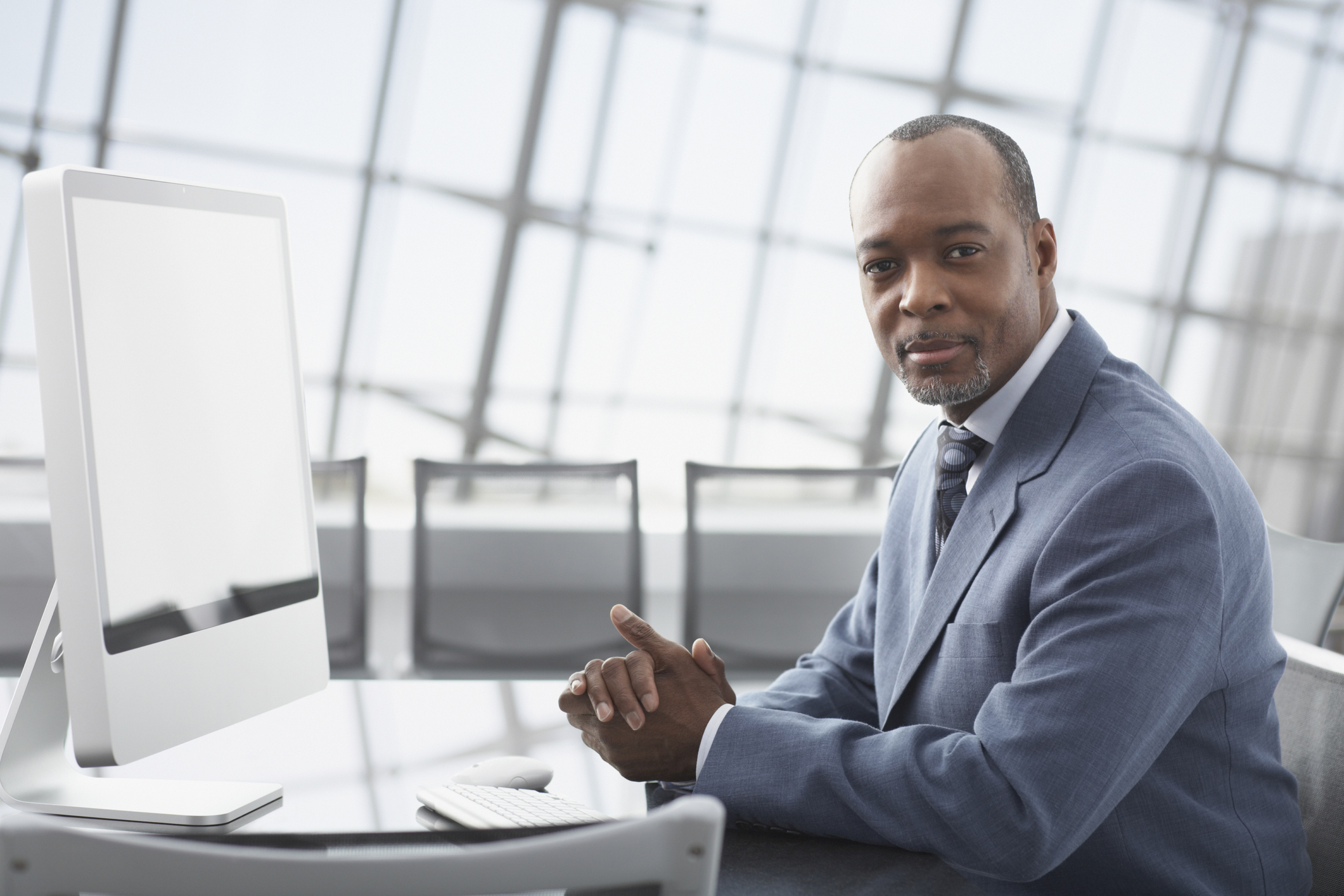 Are You Ready for a Stock Market Crash? Answer These 3 Questions to Find Out. 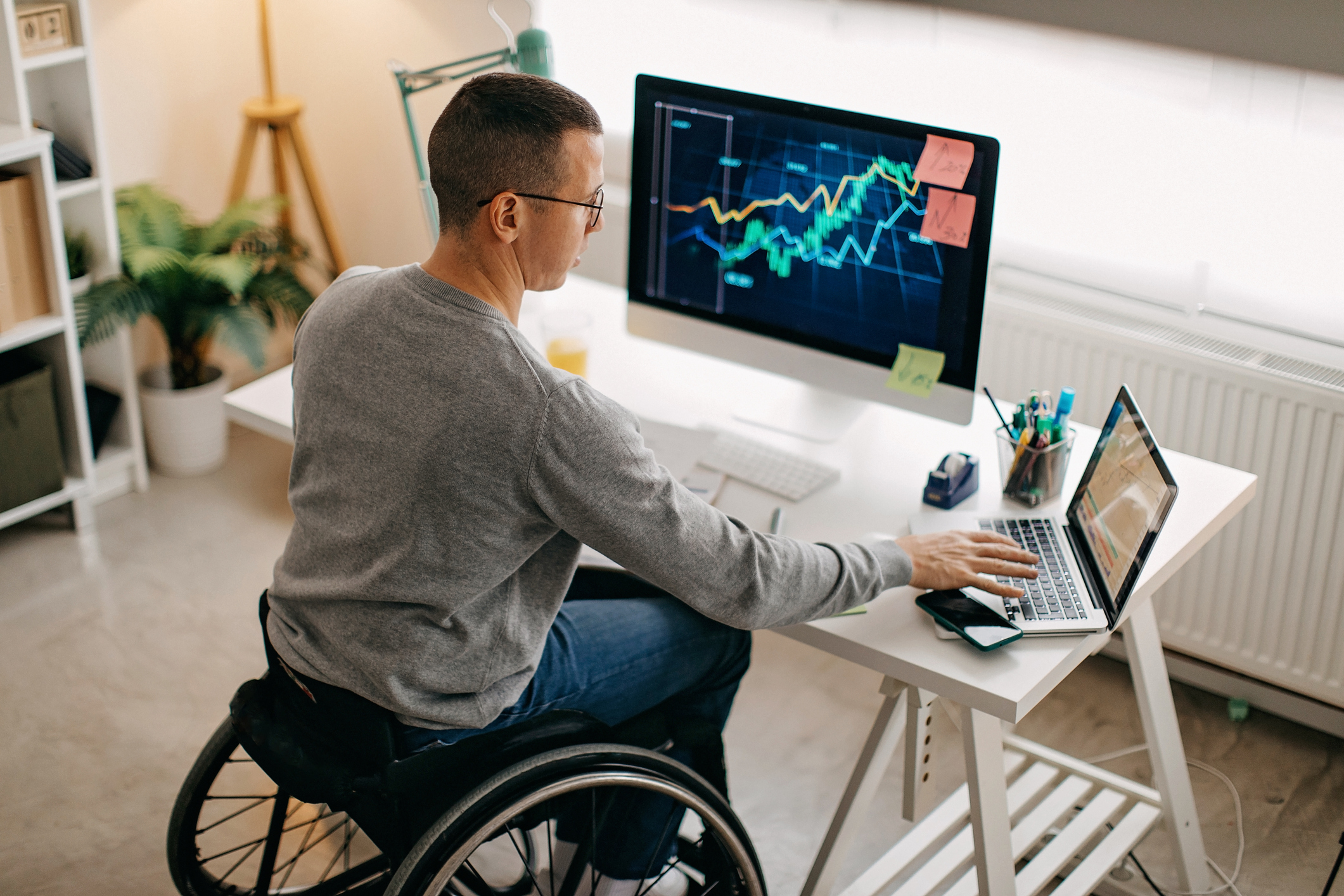 NVIDIA (NASDAQ: NVDA) is a popular manufacturer of graphics chips, and the tech company’s shares come at a Read More 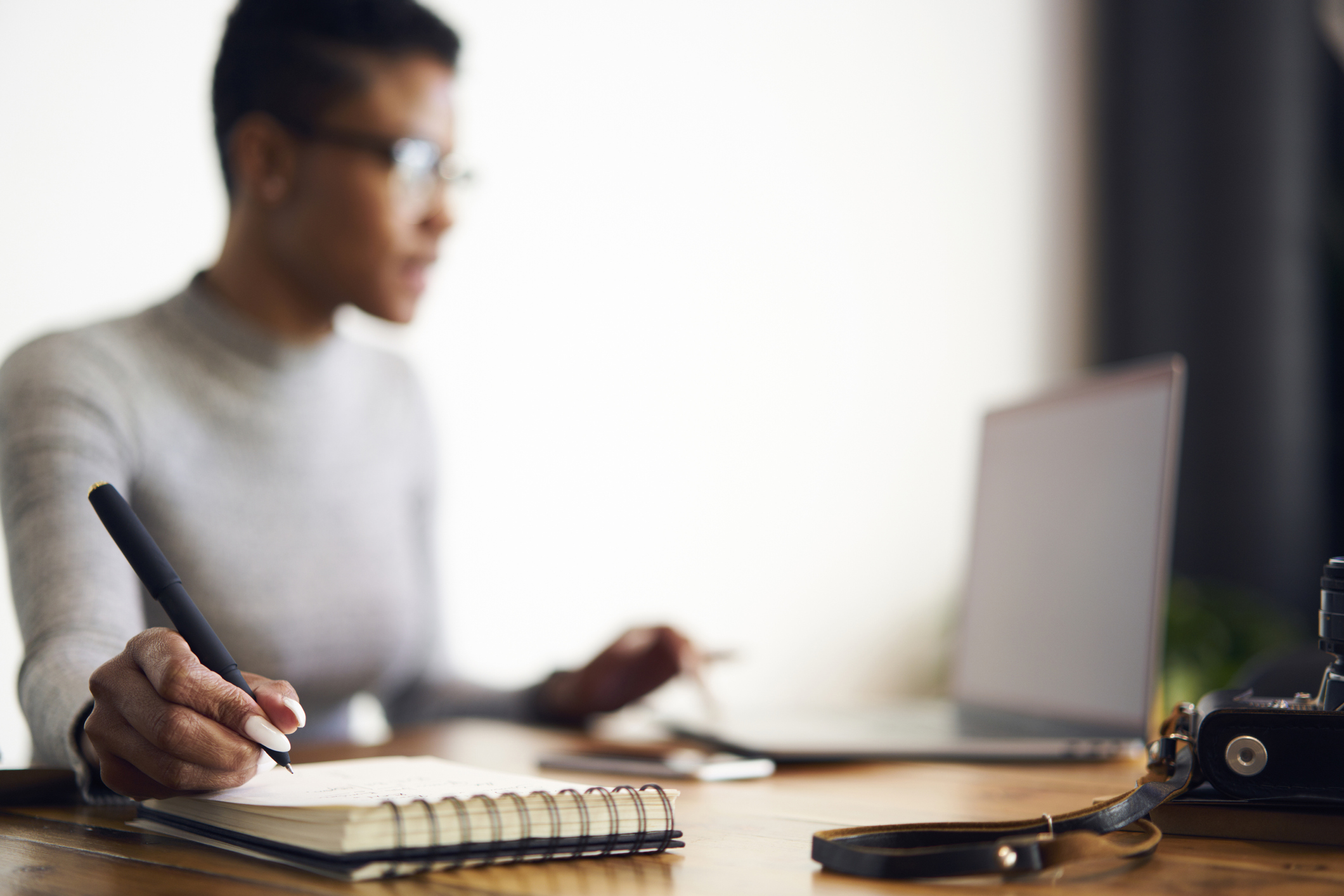 3 Ways Greed Could Be Your Investing Downfall

When the stock markets are soaring and you see securities prices increasing each time you look at them, Read More