3 Cathie Wood Stocks That Are Better Than Bitcoin

The last year has been a wild one for growth investors. Two of the financial world’s biggest stories over the last 12 months have been Bitcoin‘s incredible rally and the success of Cathie Wood’s ARK Invest company and its growth-focused exchange-traded funds (ETFs). The value of a single Bitcoin has risen roughly 800% over the last year and is currently at $58,600. Meanwhile the value of the ARK Innovation ETF has risen roughly 170% across the same stretch, a highly impressive performance in its own right.

Bitcoin has crushed it over the last year. However, three Motley Fool contributors have identified some stocks held within Wood’s premier ETF that look primed to outperform Bitcoin. Read on to see why they think that Sea Limited (NYSE: SE), PayPal (NASDAQ: PYPL), and Square (NYSE: SQ) have what it takes to outperform the market’s leading cryptocurrency. 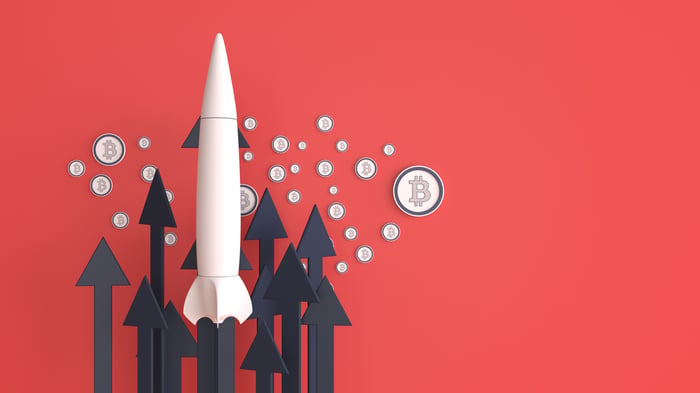 Keith Noonan (Sea Limited): Bitcoin’s run over the last year has been nothing short of incredible, and Wood’s ARK Invest has taken bullish positions in the crypto space that have come to look prescient with hindsight. It’s possible that Bitcoin has more huge gains ahead, and the coin has certainly far outperformed where I thought it would be over the last year. However, I generally stick to the Peter Lynch “invest in what you know” approach, and the difficulty I have mapping out why Bitcoin should go up or down means there are growth stocks held in ARK funds that I find more appealing.

It’s not that I haven’t looked into Bitcoin. I’ve read and heard about its 21 million hard coin supply cap, hash rates, the Lightning Network, and the related critiques of fiat currency that underpin many arguments for new digital assets. My investing focus skews toward growth stocks that are riskier than the market at large, but at the end of the day, I just don’t have a great case for why Bitcoin should be worth more one year from now — particularly when there are other cryptocurrencies that offer superior functionality in many respects.

While I’m not super bullish on Bitcoin or the ARK-favored Grayscale Bitcoin Trust (OTC: GBTC), there are stocks in the company’s actively managed ETFs that are right up my ally. Sea Limited, for example, is the fifth-largest holding in the ARK Innovation ETF, and I plan on adding the stock to my portfolio in the near future. The Singapore-based tech company has posted stellar gains over the last year, and it appears to be on track to deliver more big wins.

Sea operates at the intersection of two industries with huge long-term growth potential: e-commerce and interactive entertainment. Its Shopee platform has established a leadership position in Southeast Asia’s fast-growing online retail industry, and its Garena Free Fire is one of the world’s top-grossing video games.

Southeast Asia is a geographic market that looks poised for rapid development over the next decade, and Sea has established e-commerce and entertainment offerings that are primed to benefit from macroeconomic and category growth. I wouldn’t place bets against Bitcoin, but strong players in the e-commerce and gaming markets currently look like better buys to me.

James Brumley (PayPal): Look, I know Wood’s ARK Next Generation Internet ETF (NYSEMKT: ARKW) has a huge stake in Grayscale Bitcoin Trust, which is an easier way to trade the cryptocurrency than buying and selling Bitcoin itself. A few other ARK funds hold a stake in the same trust.

For a lot of investors, though, ARK’s position in so much Bitcoin is a bit misleading.

See, ARK funds are actively managed exchange-traded funds, which by definition means Wood and her fund managers will sell them when it looks like there’s no upside left. As such, these stakes are more of a speculative trade and less of an actual commitment to the premise of cryptocurrency. They only have value to any ARK fund as long as they’re growing at an arbitrary price, but instability is one of the last things you want in any currency.

That’s not to suggest there’s something wrong with a little speculating. But if you’re going to make serious investment bets, it just makes so much more sense to start — and maybe even finish — with names you can make at least some sort of earnings-based and growth-based assessment of.

Take PayPal as an example, and an alternative. Wood’s ARK Fintech Innovation ETF (NYSEMKT: ARKF) as well as the ARK Next Generation Internet ETF sold off a bunch of PayPal shares recently. It’s still the fintech fund’s fourth-biggest holding, though, making it clear that Wood and her management team see something in it. I suspect this year’s and next year’s projected revenue growth of 20% is a key factor. It’s a growth outlook that simply doesn’t exist for Bitcoin.

This fintech has multiple ways to win

David Butler (Square): Wood focuses heavily on tech. Investing in her strategy definitely provides the speculation and big potential returns that those interested in cryptocurrencies covet so dearly. Overall, the heavy focus on tech is a bit too concentrated for my tastes, as a shift in sector trends could be significantly troublesome. That being said, Wood has created some great gains in her ARK Innovation ETF, and there are lessons to be learned from it.

Among Wood’s largest holdings, I like Square because of its strategic positioning within e-commerce. Because its services allow businesses to create online stores easily, and link it all with their inventory and marketing, Square serves as a middle man for all kinds of different industries. The company’s suite of mobile payment software offers a great deal of utility to the customer. Annual revenue growth has been strong, but 2020 was certainly the biggest year for the company. Sales doubled to $9.48 billion, with earnings more than doubling to $0.84 per diluted share.

The one catch, of course, is valuation. As with most of these rapidly growing tech names, Square is not cheap, trading at over 300 times last year’s earnings. This one is all about the future, and the big premiums are no different than investing in something as unbelievably speculative as Bitcoin. Square offers utility. What does Bitcoin currently offer outside of serving as an artificial digital commodity?

10 stocks we like better than Square
When investing geniuses David and Tom Gardner have a stock tip, it can pay to listen. After all, the newsletter they have run for over a decade, Motley Fool Stock Advisor, has tripled the market.*

David and Tom just revealed what they believe are the ten best stocks for investors to buy right now… and Square wasn’t one of them! That’s right — they think these 10 stocks are even better buys. 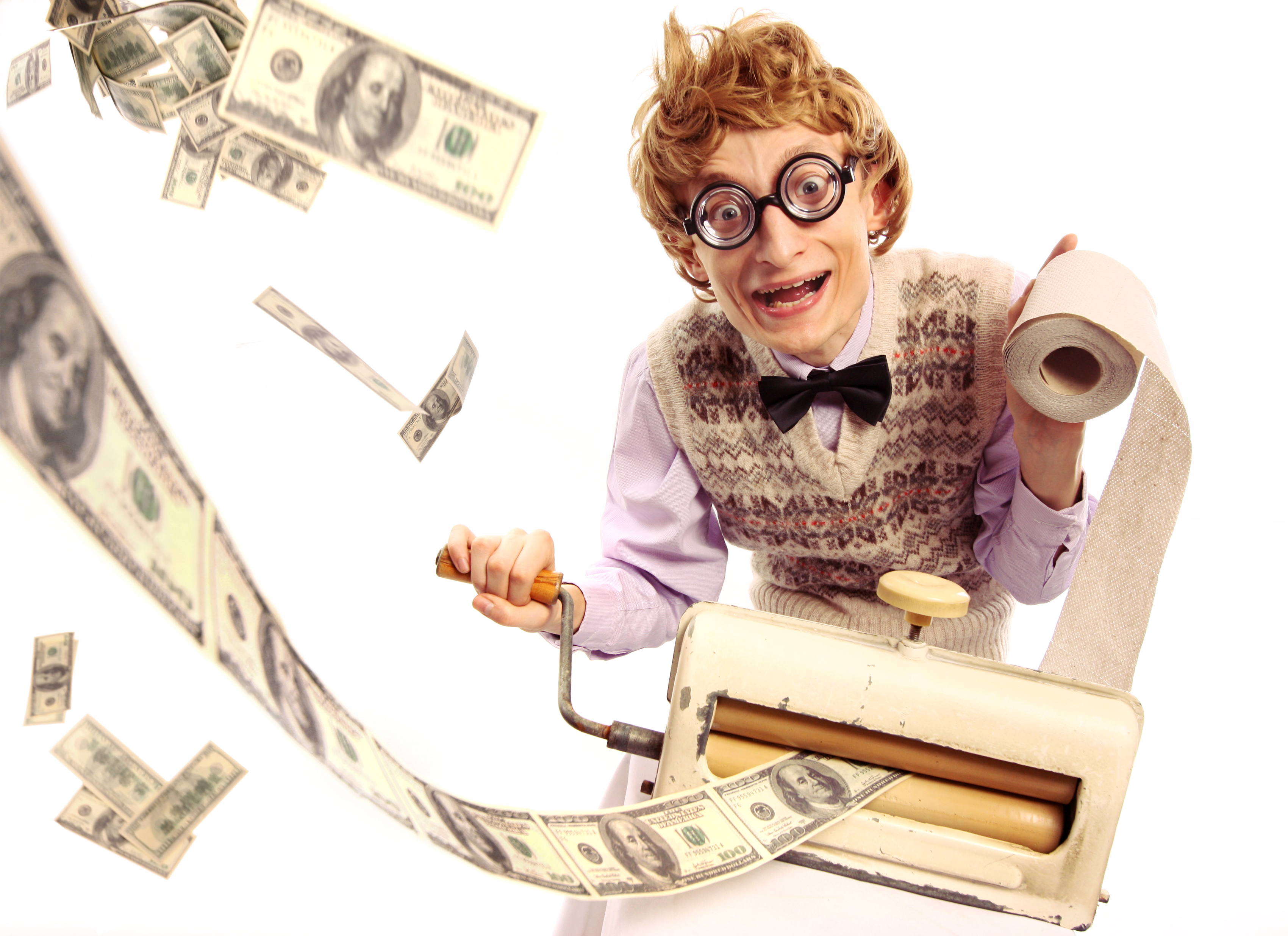 The stock market got a bit choppy after the Federal Reserve’s press conference on June 16. The VIX Read More 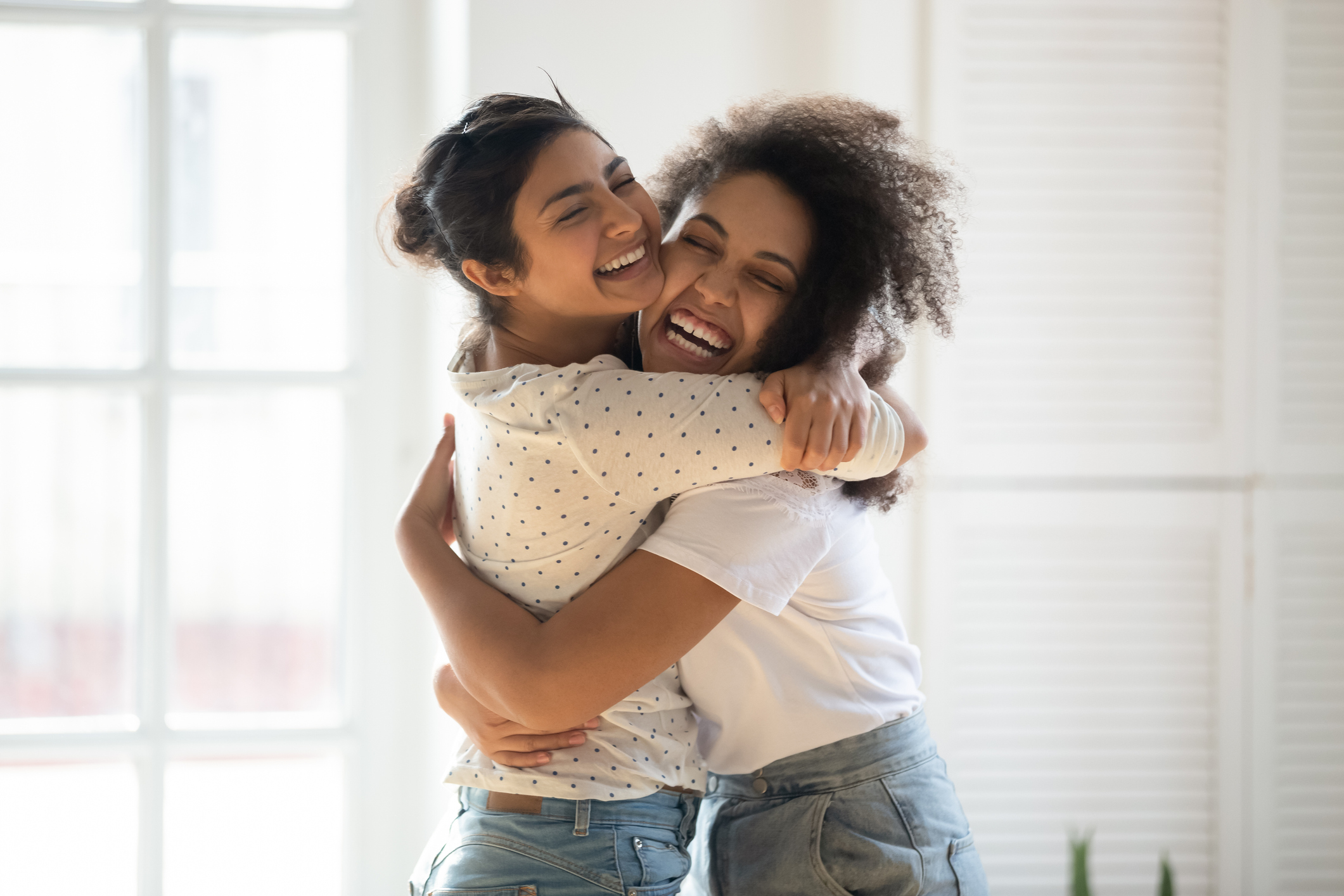 Why a Roth IRA Is Your Retirement Best Friend

Although retirement looks different for everyone, there’s no doubt that having a Roth IRA (individual retirement account) by Read More 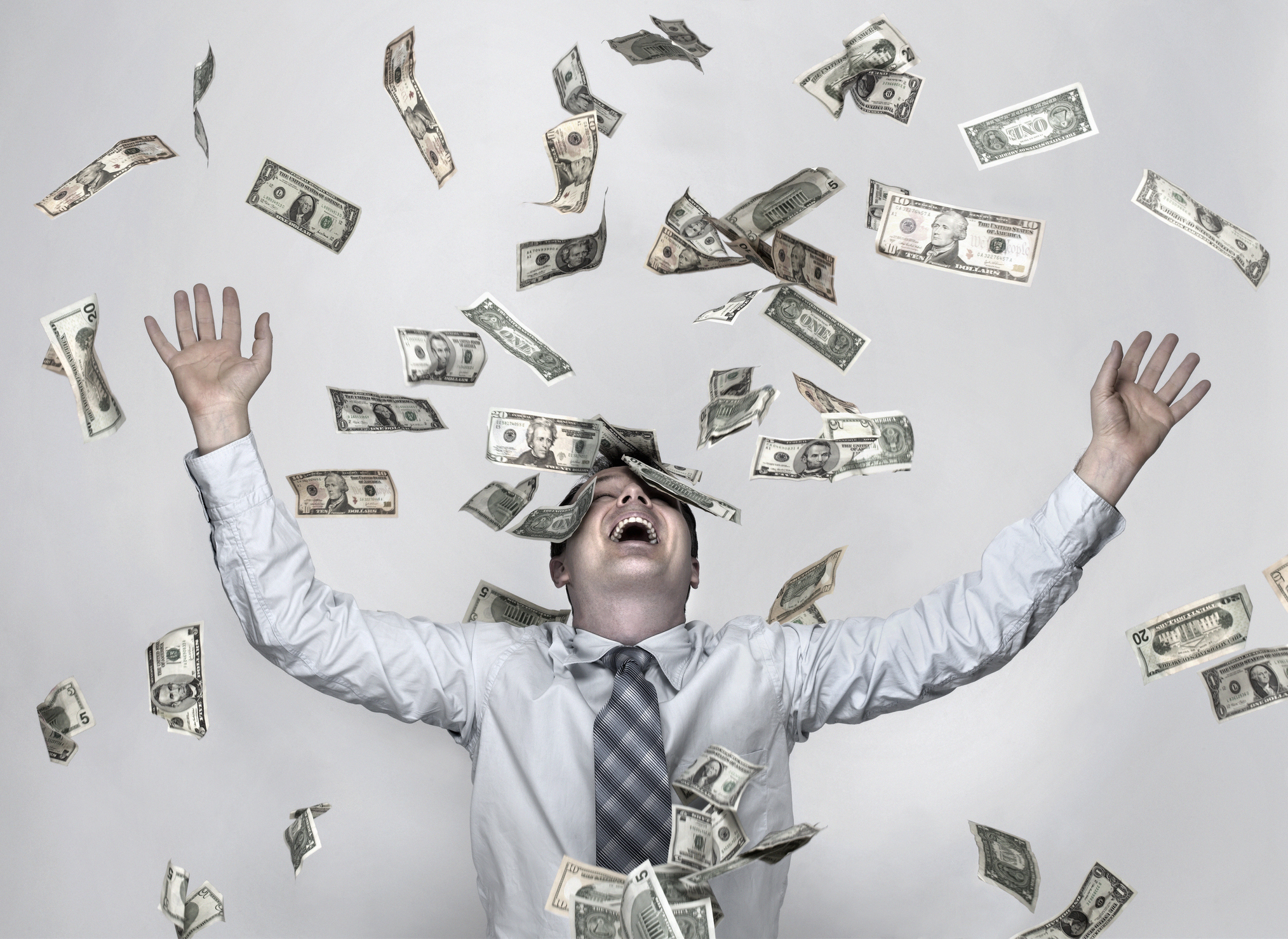 Why You Shouldn’t Follow in This Dogecoin Millionaire’s Footsteps

Despite all the skepticism around the newest it-crypto, Dogecoin (CRYPTO: DOGE) has made at least one millionaire so Read More 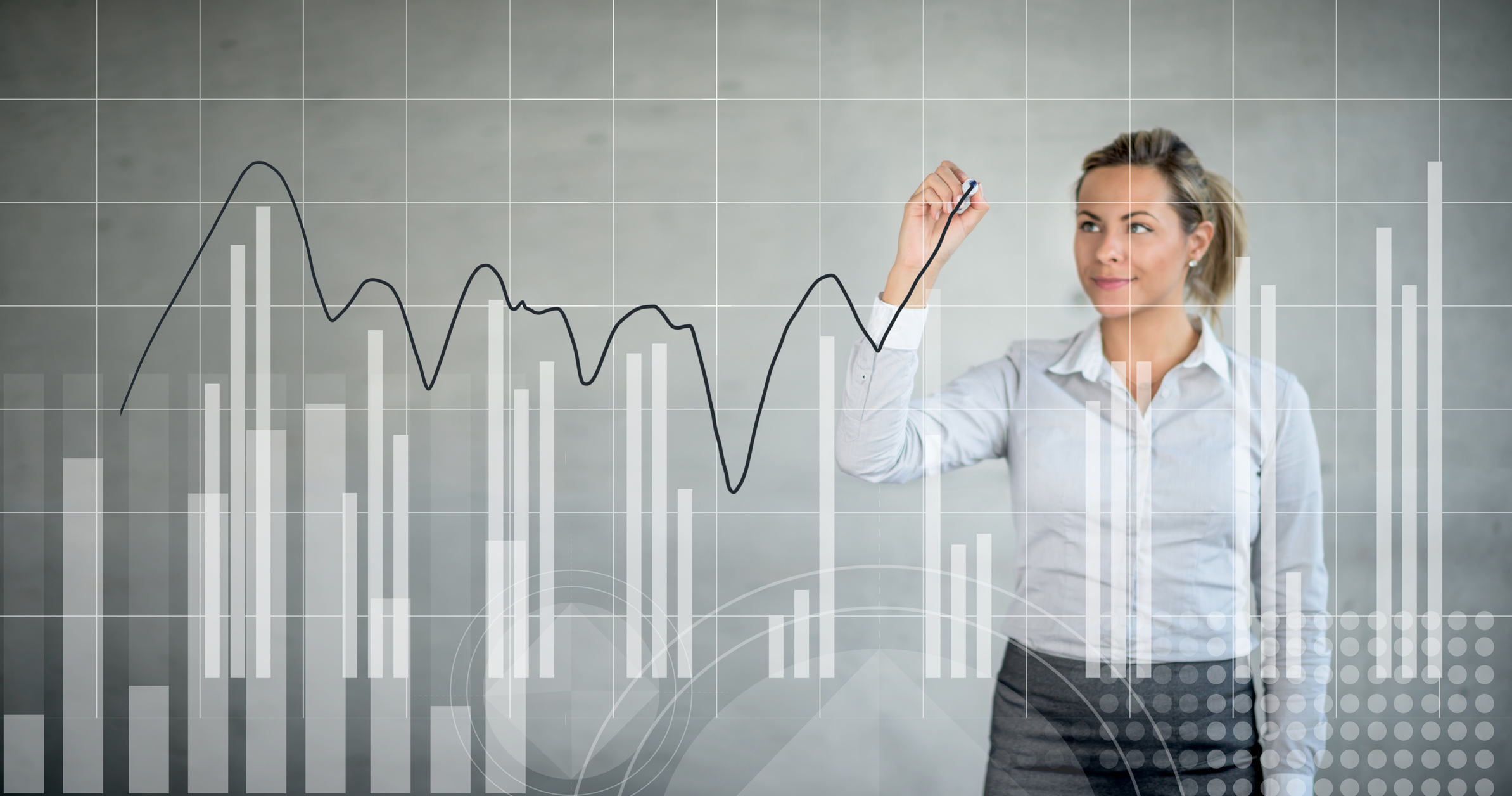 3 Stocks You Can Buy and Hold Forever