One of the most important factors when it comes to investing successfully is the amount of time your money is productively working for you in the market. The longer your money is working smartly for you, the more it can compound and grow on your behalf. That makes early investing mistakes particularly brutal; it's not the money you lose, but the time you lose that destroys your ultimate portfolio value.

Still, even the best investors had to start somewhere, and there are a lot of rookie mistakes that catch new investors unaware. Still, they can be easy to avoid if you recognize them in advance of committing them. If you're new to investing, here are three such beginner mistakes to avoid. 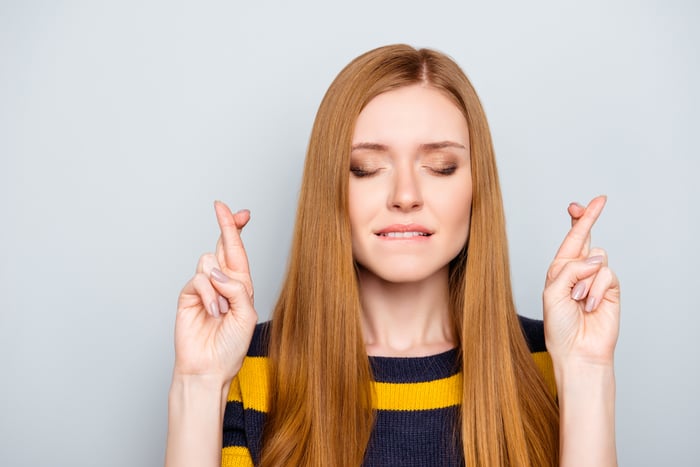 1. Investing money you need in the near term

Over the long haul, the stock market has delivered returns near a 10% annualized rate, but those returns are far from guaranteed or steady. The market can drop and has even crashed from time to time, wiping out a huge portion of investors' cash.

Because the market can drop, you should never invest money in it that you expect to spend in the next few years. That way, if the market does go down, your immediate lifestyle won't be affected by it. That goes a long way toward enabling you to stay invested when you're facing losses due to an uncooperative market.

In addition, one of the best ways to make money investing is to buy stocks when they're cheap, which often happens after a panic or crash. If you're unable to keep your money committed when stocks are cheap because you need that money to cover your costs, then you won't make the outsize returns that often come after a crash.

2. Paying too much attention to a stock's past performance

There's a reason that a standard investment disclaimer goes something like, “Past performance is not indicative of future results.” That's in large part because the stock market attempts to price in what will happen in the future, not simply reflect what happened in the past. The problem with the future is that it hasn't happened yet, and as a result, it may not unfold exactly as investors hoped.

Smart investors recognize that stocks trade on the market's expectations for the future of the underlying company. Instead of looking at how the stock's price has moved, they'll look at how the company is valued today versus what its current prospects are for the future.

What matters is the company's current price compared to its expected future prospects — and a recognition that the future will probably wind up different than you really expect. You'll never get it perfect, but with that perspective, you'll improve your thinking and give yourself a reasonable chance of performing well over time.

No matter how good your analysis is and no matter how solid the company you're looking at appears to be, the ugly reality is that things go wrong in the market and with investing. If you're “all-in” on a company that happens to fail, then you will lose all your money. On the flip side, if you're diversified and a company you own happens to fail, then while you'll likely still feel it, it won't completely devastate your portfolio.

As a general rule of thumb, you'll want to target to own at least somewhere in the neighborhood of 20 stocks across multiple industries to get most of the benefit from diversification. There's both academic and kitchen-table logic to support a number in that ballpark. Textbooks say you can get around 90% of the value of diversification with 12 to 18 stocks chosen with diversification in mind.

The kitchen-table logic is that if one of your diversified 20 portfolio stocks fails, you'll lose about 5% of the value of your account. That will set you back a bit, but if the market performs near its overall historic rate, you'll likely recover your overall loss from it in less than a year. That's a much better spot to be in than losing everything when your one pick turns out sour.

In today's era of commission-free investing and fractional share ownership, diversifying is far easier and cheaper than it used to be. Removing that cost and complexity barrier makes it all the more important that you make it a key part of your overall investing strategy. Done right, diversification is the closest thing to a free lunch available to investors. Not taking advantage of it can magnify the pain from investing mistakes and set your plan back years.

Avoid the easy mistakes and improve your chances of success

Everyone makes mistakes investing — even the greats like Warren Buffett. While you can't avoid every mistake, these three are common ones that new investors make that you can avoid if you put your mind to it. Make a plan from day one that keeps you away from them, and you'll improve your overall chances of progressing from new investor to seasoned investor, with all the benefits that provides.

Chuck Saletta has no position in any of the stocks mentioned. The Motley Fool has a disclosure policy.