As soon as you turn 62, you can claim Social Security benefits. But that's considered filing early, and it has consequences. Since you're claiming benefits before full retirement age (FRA), you'll shrink the size of your checks and give up the chance to raise your income through delayed retirement credits, which are earned each month you defer benefits after FRA until age 70.

Despite these downsides, many people file at 62 anyway. One of the most common reasons is because they're in poor health. If you wait to get higher checks but pass away while you're young, you may get no benefits at all or less lifetime income than if you'd started at 62.

An early claim due to health concerns can make sense in some cases. But if you're married and you were the higher earning spouse, it may be a really bad Social Security claiming strategy. Here's why. 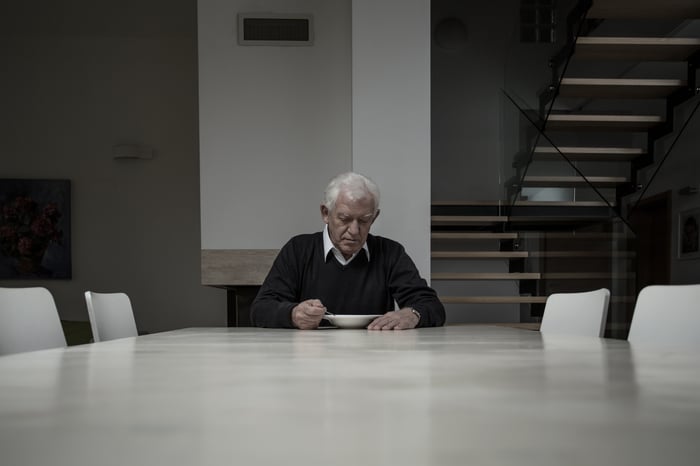 You could be dooming your spouse to financial disaster

Your Social Security claiming choice doesn't just affect you. If you're married and you were the higher earner in your relationship, your spouse's benefits could be impacted, too. That's because your spouse is typically entitled to survivors benefits if you pass away first.

Now, if your spouse was the higher earner or earned the same as you did, they may not need these benefits. Their own benefits might be bigger than any survivors benefits they'd be eligible for no matter what decisions you make about your benefits.

But if you earned more than your spouse did and are considering claiming Social Security at 62, you may want to seriously rethink that. That's because if you haven't started your benefits yet, your spouse's survivors benefits would be based on the standard benefit you'd get at full retirement age. But if you've already started collecting your checks, survivors benefits are based on the amount you're receiving.

That means if you claim benefits at 62, you'll not only shrink your checks, but your surviving spouse could also get as much as 30% less income if, for example, your full retirement age is 67 and you claim at 62. You'll also lose out on any possibility of increasing your spouse's benefits by as much as 8% annually (up to age 70), which you could do by earning delayed retirement credits if you lived past your FRA and didn't claim right away.

If you're in poor health, there's a very good chance your spouse will be widowed. The death of a partner can cause a major decline in household income even under the best-case scenario when the survivor goes from two Social Security checks to one. And if you've claimed benefits at 62 when you were the higher earner, you'll be putting your spouse into an even worse financial situation.

Now, this isn't necessarily the only thing to consider. If your spouse isn't entitled to their own Social Security benefits at all, you may decide to claim your benefits early because doing so is necessary to unlock spousal benefits they could receive while you're still alive.

But a big reduction in survivor benefits is a serious issue. And unless you're confident your spouse won't need survivors benefits to provide a good portion of income, you need to really think about the implications of shrinking their potential future checks. After all, you don't want to leave your partner in the lurch just because you hope to start your own checks as soon as you can.