Housing is generally working Americans' greatest monthly expense. For seniors, however, it can be a toss-up between housing and healthcare.

Many people enter retirement with their homes already paid off. At the same time, health issues have a tendency to arise as people get older, so seniors are often burdened with medical bills at a time when they're trying to adjust to living on a fixed income.

It's for this reason that estimating future healthcare costs — and saving for them accordingly — is so crucial. Yet a recent Fidelity survey reveals that most people are underestimating the cost of healthcare during retirement. In fact, 37% of Americans think the average senior couple will spend $50,000 to $100,000 on medical care during that stage of life, when in reality, Fidelity estimates that the typical senior couple will spend $295,000. 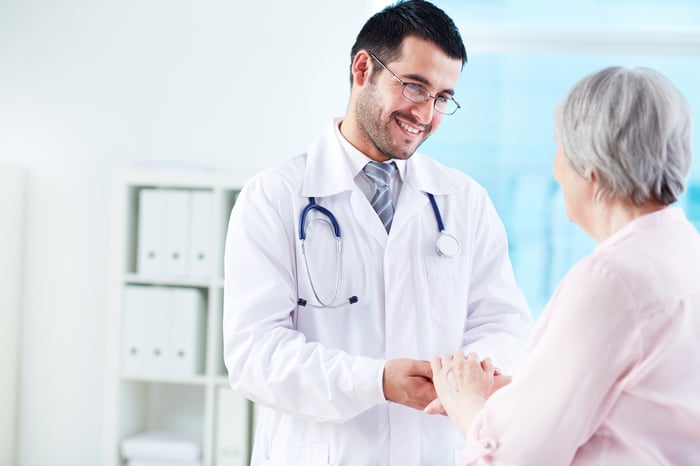 And that's just an estimate. Those who enter retirement with known health issues might spend even more. That's why it's important to get an accurate handle on what senior medical care might cost, and to save well for it in advance. And with regard to the latter, there's one important savings tool worth looking at.

It pays to fund an HSA

HSAs, or health savings accounts, are hybrid savings and investment accounts that let you sock away funds for medical expenses year after year. The great thing about HSAs is that the money you save is yours to access at any point in time — it won't expire, and you won't be penalized for carrying your balance forward year after year. This means you can put money into an HSA during your 30s or 40s and reserve it for retirement. Meanwhile, for those decades during which you're not using that cash, you can invest it for added (tax-free) growth.

The only downside of HSAs is that not everyone can contribute. Eligibility hinges on being enrolled in a high-deductible health insurance plan. If you don't qualify for an HSA, your next best bet is to max out your 401(k) or IRA.

HSA contributions go in tax-free, as is the case with a traditional 401(k) plan or IRA. Withdrawals are also tax-free provided they're used for qualified medical expenses.

Without a crystal ball, it's impossible to know exactly what healthcare will wind up costing you during retirement. But based on Fidelity's estimates, you can bank on spending a substantial sum. If you qualify for an HSA, it pays to put money into an account that's earmarked for future healthcare spending. Doing so could help you avoid a world of financial stress while you're trying to enjoy retirement to the fullest.