3 Stocks You Can Buy and Hold for the Next Decade

If you’re looking at some exciting companies and are thinking of buying them, be sure you’re planning to hang on for a bunch of years. If you’re hoping to own them for a year or so, expecting a big gain in that period, you stand a good chance of being disappointed, since stocks can be very volatile, moving in unexpected directions over short periods. Remember that many great fortunes that have been built via stocks have been amassed over decades, not overnight.

Here, then, are three companies for your consideration. Each of them appears to have a long runway of growth ahead.

American Water Works (NYSE: AWK) traces its history way back to 1886, and since then it has grown into the nation’s biggest publicly traded water and wastewater utility. It has a big footprint, servicing more than 15 million people in 46 states. It encompasses more than 53,000 miles of pipe, 609 water treatment planes, and 150 wastewater facilities, as of the end of 2020. It’s also investing significantly in renewing or upgrading its infrastructure — while reducing its greenhouse emissions and its water usage.

The company, considered by many to be one of the best utility stocks around, is growing, too –having added on five systems, with a total of 900 customer connections, in the first four months of 2021 and with 32 additional systems and 86,000 customer connections expected over the rest of the year.

American Water Works is a dividend-paying company, recently yielding 1.6%. Better still, it’s a company with a strong history of upping its payout — over the past five years by an average annual rate of 10%. It’s never going to be an eye-popper of a growth stock, but it’s one that can help you sleep at night, while delivering regular — and growing — income. We’re not likely to stop needing and using clean and safe water anytime soon. As CEO Walter Lynch noted in the first-quarter conference call, “There continues to be a significant need to invest in water and wastewater infrastructure, not just within our system, but broadly across the United States.”

Walt Disney (NYSE: DIS) is a very familiar company to all of us, offering something for just about everyone. Its empire features everything from parks and resorts (think Disney World, Epcot, and more) to Disney movies, Pixar, ESPN, ABC TV, a majority stake in Hulu, and the relatively new Disney+ streaming service, which boasted 10 million signups on its first day — among other things. It also produces Marvel and Star Wars content.

All of those valuable assets are worth more together — such as when Disney can release a hit movie and then create a popular attraction based on it at a park, and offer it for streaming, too. The company is already bundling its streaming content, recently offering a $12.99 per-month bundle of Disney+, Hulu, and ESPN+.

The company has been challenged by the pandemic, which shut down parks and resorts along with movie theaters, but the improving economy, boosted by vaccinations, bodes well for the company’s near-term prospects. Meanwhile, parts of its business have been doing just fine. Hulu, for example, almost tripled its subscribership between 2017 and 2020, to 36.6 million. Its Hulu + Live TV package recently cost $65 per month — and sports more than 4 million subscribers. That alone generates more than $3 billion annually.

Disney is a great long-term investment. Its dividend was a casualty of the pandemic, but it’s likely to be resumed at some point.

Finally, we arrive at PayPal (NASDAQ: PYPL), the hugely successful digital payment specialist, with more than 375 million consumer and seller accounts in more than 200 markets. It has grown briskly, spreading across more regions and also boosting the engagement of its account holders. (Engagement, measured as the number of payments per account, has increased by a factor of 1.5 between 2015 and 2020.) Between 2015 and 2020, revenue more than doubled, non-GAAP earnings per share tripled, free cash flow roughly tripled, and the company’s market cap increased about seven-fold.

While you’re surely aware of PayPal’s flagship payment system, PayPal, you may not realize it also owns a payment platform highly popular with younger folks — Venmo. It also offers other services, such as Buy Now, Pay Later, which was launched last year and already is being used by around 3 million consumers. PayPal is even offering cryptocurrency services, such as allowing account holders to buy and sell cryptocurrencies and to transfer them to others’ digital wallets.

PayPal sees its total addressable market — including in-store and online retail, bill-paying, government payments, business-to-consumer payments, asset trading, and more — valued at around $110 trillion. Even if it were only a tenth of that, there’s plenty of room for further growth. PayPal’s trailing 12-month revenue was recently close to $23 billion, and the company is aiming for more than $50 billion by 2025. The main downside for this growth stock at the moment is that its price doesn’t appear cheap. You might, therefore, simply add it to your watchlist, waiting and hoping for a pullback, or you might invest in it over time, in chunks.

As you seek investments for your stock portfolio, be sure to focus on the long term, aiming to hold your stocks for many years, if not decades. See whether any of the companies above interest you — and know that there are many other compelling businesses out there, too.

10 stocks we like better than PayPal Holdings
When investing geniuses David and Tom Gardner have a stock tip, it can pay to listen. After all, the newsletter they have run for over a decade, Motley Fool Stock Advisor, has tripled the market.*

David and Tom just revealed what they believe are the ten best stocks for investors to buy right now… and PayPal Holdings wasn’t one of them! That’s right — they think these 10 stocks are even better buys. 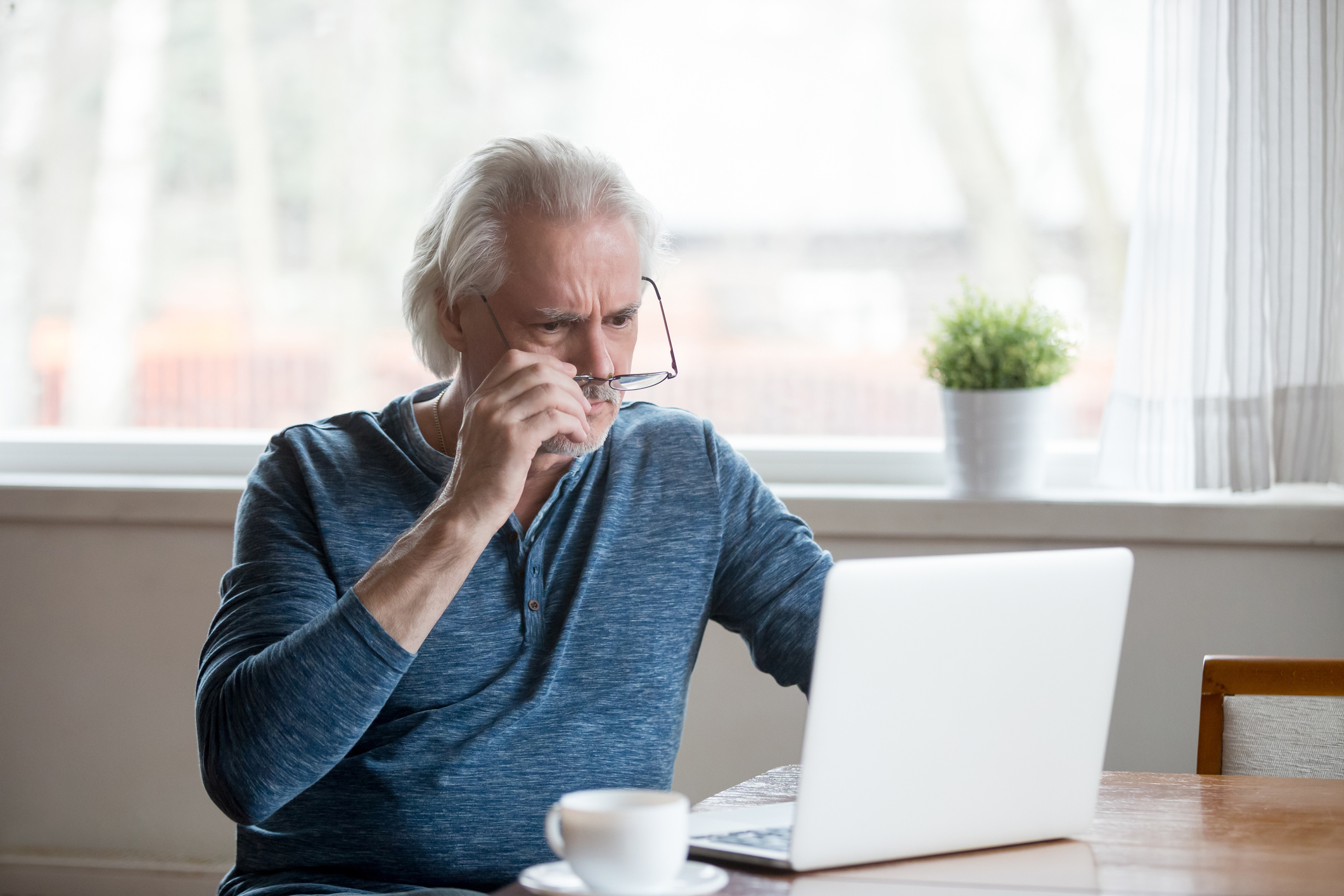 401(k)s are great, right? High contribution limits, no need to manually transfer funds, and then there’s that sweet Read More 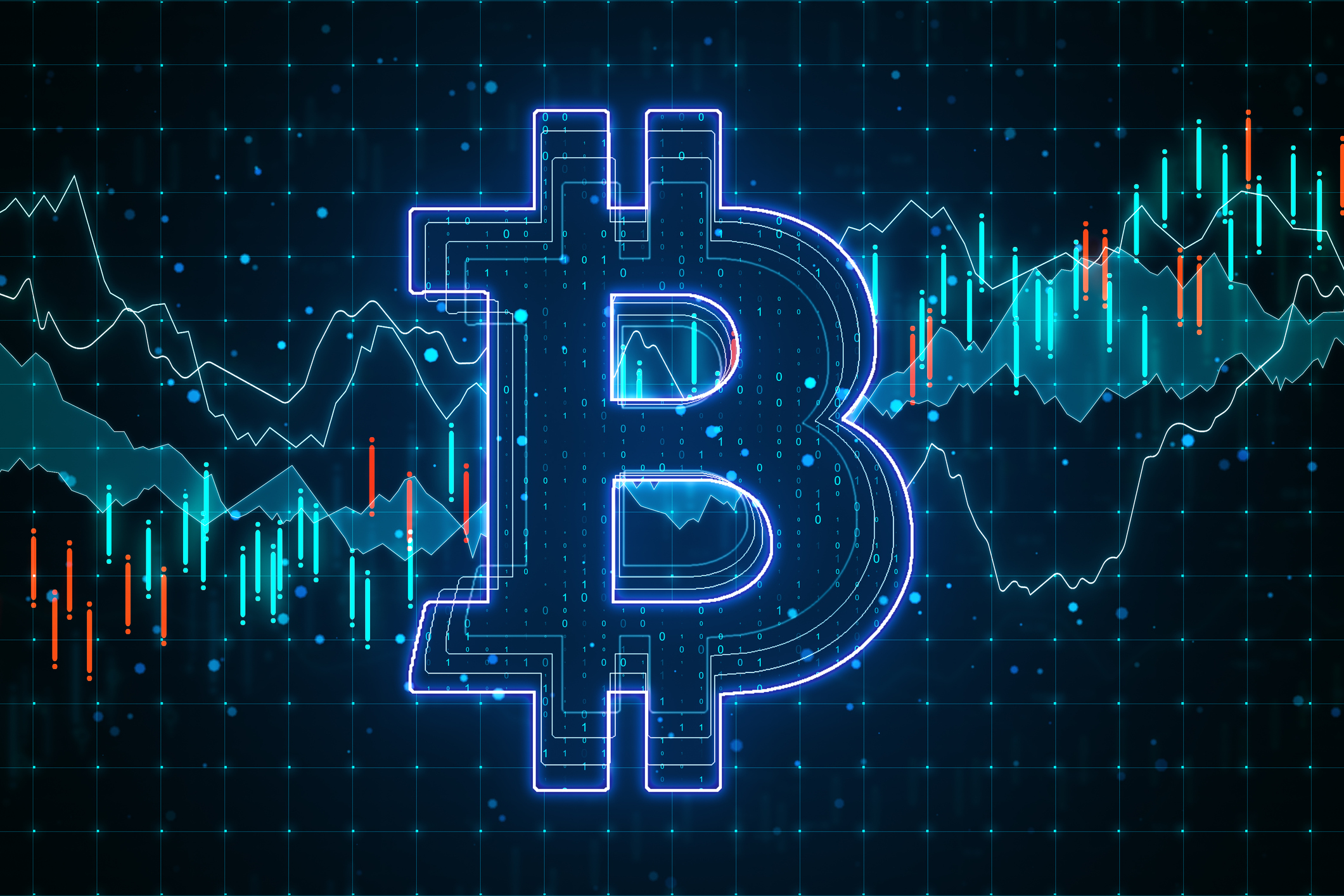 3 Reasons I Won’t Invest in Bitcoin for My Retirement

I’ve gone back and forth on buying cryptocurrency for months now. At this point, I don’t own any, Read More 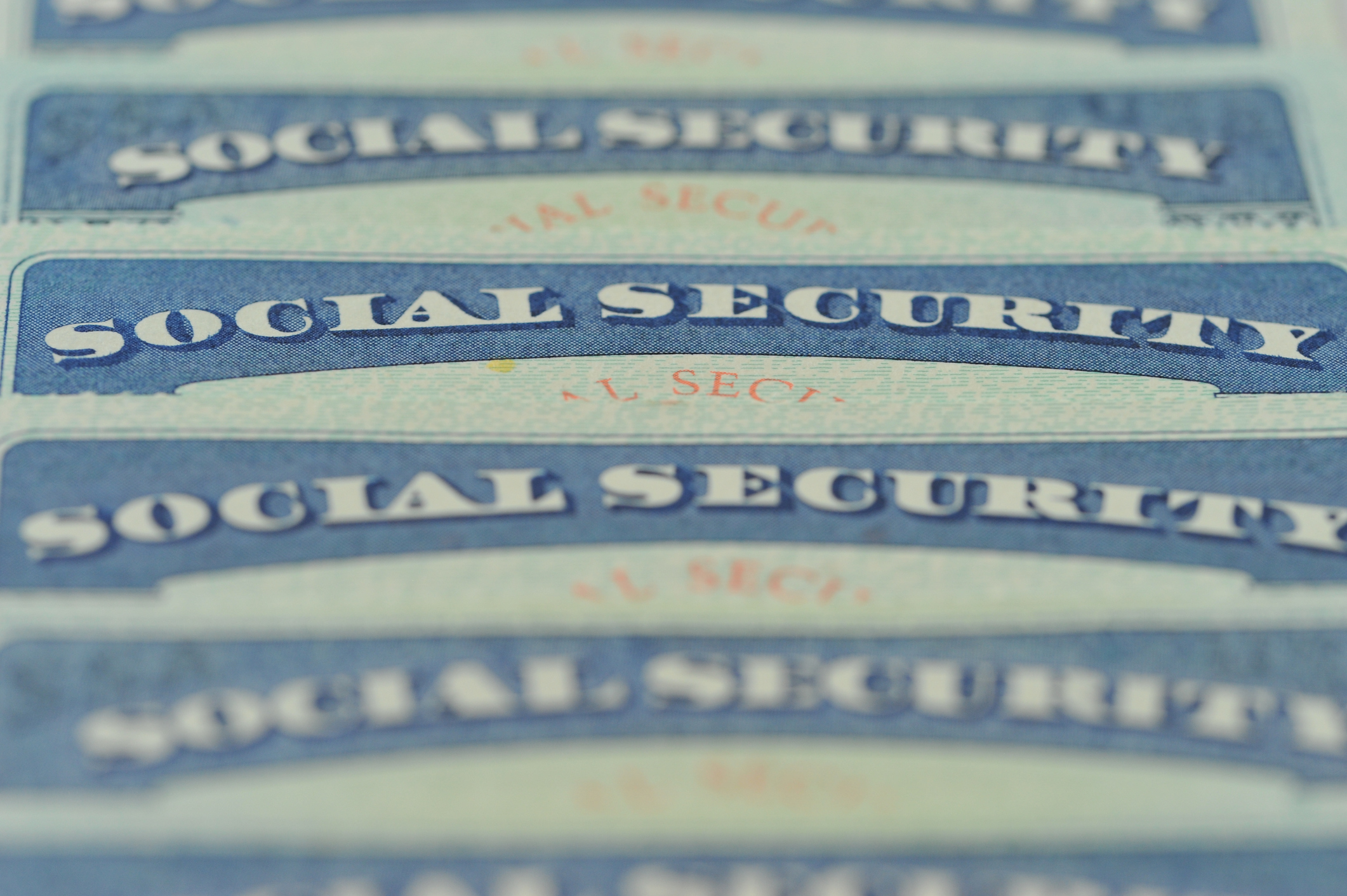 There’s no single retirement savings number that guarantees you’ll have enough money to pay all of your bills. Read More 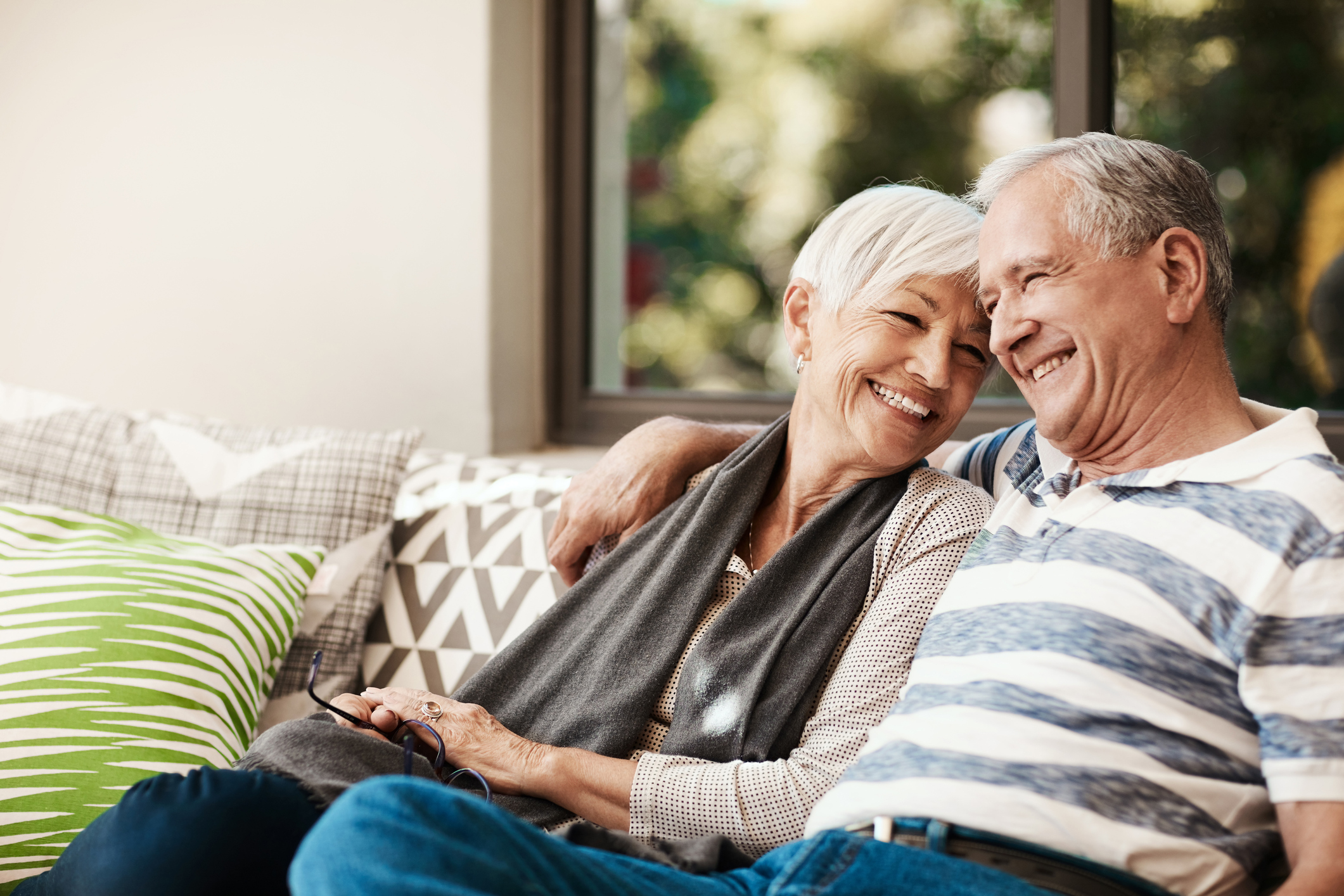 Early retirement can be a dream come true, but it’s also an expensive goal. The earlier you retire, Read More